Close
for stories, poems, events and more
You are here: Home / Blog / Ours not Mine 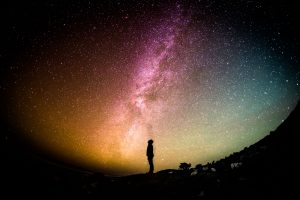 Do you have experiences sometimes of feeling like someone has copied your idea? Or that an idea you’ve had is suddenly the zeitgeist of the moment, even though you’re sure you had that idea entirely independent of anyone else? I mean, how would they know about that idea unless they’d been there when you had the idea and/or you shared it with them? Or unless they overheard you sharing it with someone else and then they took it away to use however they wanted………..?

I have been having discussions with friends lately (and with myself for years) around what this ‘phenomenon’ is about. I want to be clear that I am no scientist and have not done tests on this and I imagine the likes of Rupert Sheldrake will know much about this kind of thing, he having first introduced to the world the concept of Morphic Resonance.

I wish to write about something that has been a place of triggering (around my wound of not being seen) for many years since being, well, more seen in the world. I also recognise that it can be a sticking place for others (from various sharings I’ve had) and that often it can cause anger, pain and sometimes even unkind, attacking words being spoken where there could have been an exploratory conversation.  I’m writing it as part of a movement away from my personal story of ‘me’ and ‘mine’.  As a caveat to this I will say that there are, of course, some instances where our already existing work (the ideas that have already found form), that feels precious to us, is taken and used in some way be another.  My deep wish is that a conversation would happen around this to explore some of the questions I offer below*.

So, here goes. It strikes me that there is a field of thought, of collective ideas, creativity, and memes that appear from us as individuals all around the same time and these are often running parallel with a collective thought process – these ideas/names/words are suddenly being used by many of us and we all think we were the ones to have thought originally. Well, we did. And, we did not. We all had that thought around the same time as all the others had that thought. It is, therefore, ours, not yours or mine.

When I personally have one of these inspired ideas, it is usually not an idea that is about me and my life or journey. It is pretty much always, in this particular instance, about the collective well being or part of the evolutionary growth story (something bigger than me). For me, this is happening through the psyche of the world.

So, I will suggest that the psyche of the world is thinking itself through me, you, or anyone who’s having that thought, or that creative process. What if it’s simply about being available to that something-bigger-than-us in order for us to ‘hear’ what It wants of us? For me, this is about the dissolution of the egocentric version of reality we are accustomed to, and part of the evolutionary shift into living a more soulcentric reality – one in which the collective, earth community’s well being, and indeed, the soul of the earth, is at the centre of the creative download.

I can say that for me, as far as I’m aware, these ideas or words, have come to me while I’ve either been between being asleep and being awake in the afternoon, or while I’m out on the land in ceremony, or during my morning practice (not sure how to describe this so please just imagine that I am sometimes in a very quiet, contemplative, open place). So, there seems to be a pattern of the veil between the middle world and the ‘other’ world being more accessible in these moments. It seems to suggest that my psyche is a little less busy than at other points in the day. It seems, therefore, to be a little more available to receiving information.

To this end, I’d like to suggest that when someone (and it could be any of us) overhears, or is told, something that’s ‘new’ and inspiring and then goes and uses it elsewhere, we may not be doing it consciously. What I mean by this is we may not even know where we heard it. We may not even know that we have heard it from outside of ourselves. We may well think it is our idea. Original only to us. That’s where it can get messy. That’s when I believe we need to reach out beyond our own stories and wounds, and see if what that thing is being used for is the collective good. If it isn’t then we have every right to have a conversation with the other, whilst acknowledging that most of us will present and express ourselves differently – we all have a unique way of offering our gift and, therefore, of manifesting ideas into form. To reiterate – Whilst it is our collective gift and we each have a completely original way of manifesting the idea, bringing it into physical form, creating something beautiful from it that no-one else will have.

And, even if the idea is being used for the good of all, I think there’s a lot of juice in having a conversation about it by way of exploring this fascinating and potentially growthful subject.

Some suggested explorations ~ *Where am I out of integrity? Where are our/my blind spots? How can I help you to help others? How can I be in service to this thing that I thought was my idea but you’re doing way more effectively than I could right now? Is there a wound being activated by this? How can I acknowledge you in this? How can we work together to co-create beauty and connection in the world and know that it’s not about me and mine? It’s a long-shot, but I’m up for the challenge!

I can recall a few instances in the last year when I’ve heard Charles Eisenstein speak about things that I thought I was the only one thinking, only to find he’s nailing it (no surprise there!) in one of his many podcasts. It’s such a relief for me to hear that others are thinking those same thoughts and then putting them into an accessible and inspiring format. I could, of course, have done something with them a year ago when I had those thoughts, but life had other designs for me – ones that entirely match my soul purpose. In this instance, Charles E happened to deliver them in ways that many of us can relate to – because that is part of his soul purpose. I will suggest here that, as such, we are living according to a greater design and that, in turn, feeds into the growth of the greater consciousness. We all have our part to play in the bigger story.

The point I’d like to make here is this – many of the wonderful ideas that you and I have are not ‘ours’ to keep. We had those ideas and thoughts, yes, but they may belong to the collective and are meant for the collective growth, to feed into the collective cauldron of evolution. The question is, can we be ok with sharing the ingredients and not claiming them as ours? Can we look at what’s cooking in that cauldron and agree to co-operate, to co-create a banquet of nourishing and delightful dishes for all the earth community to lay claim to, and to honor as their very own birthright?